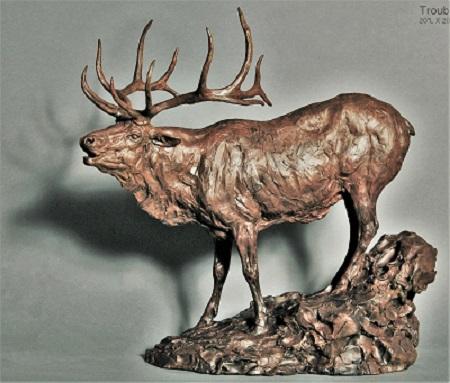 Prix De West Exhibition is held at the National Cowboy & Western Heritage Museum in Oklahoma City, Oklahoma.  The show opens August 1 and continues to September 13th. Loffler has been exhibiting annually for this show since 1993.

Western Visions Show is held at the National Museum of Wildlife Art in Jackson, Wyoming. The show opens September 12th and continues to October 11th.  It is the largest and longest running fundraiser with a variety of exiting events.  Loffler has exhibited annually for this show since 1997.  His large monument sculpture, which features a group of moving buffalo, is titled, "Buffalo Trail", and is located on the museum grounds for visitors to enjoy.