Mark Lundeen is a highly realistic sculptor with a fine sense    of detail and creates sculpture with fluid lines, balance and  integrity.  A native of Holdrege, Nebraska, Mark was educated at the University of Nebraska where he majored in business. He traveled Europe, studying the old masters works, before   he returned to the U.S. and moved to Loveland, CO. There he established his sculpting studio and began a highly successful career as a sculptor.
A natural born storyteller, Mark stages his artwork around the stories or emotions the characters portray. He has received several awards for his life-size portrayals of personalities, sports, and life-style bronzes. He is a member of the Allied Artists of America and was one of the youngest ever selected to the National Sculpture Society.
The most notable of Mark’s work is the sculpture of Jack Swigert, of Apollo 13 fame which is in the Capitol Building in Washington D.C.
He has received numerous awards and honors that include  being selected as the University of Nebraska Alumni of the Year in 1996. He has received the Philip Isenberg Award from the Allied Artists of America in New York City for his sculpture “Ragtime Cowboy Joe” and Westwa 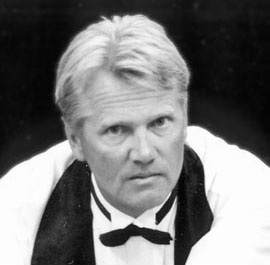 rd Magazine of Denver, Colorado awarded him Best Sculpture in a Public Place for “Mighty Casey”. He has also received Best of Show at the Best of Scottsdale Show in Scottsdale, Arizona, for his piece “Monkey Business”.
Magazine articles about Mark and his sculpture have appeared in Sports Illustrated, Southwest Art Magazine, Taos Magazine, Newsweek, Western Horseman, Fine Art Collector Magazine and Revue Magazine.