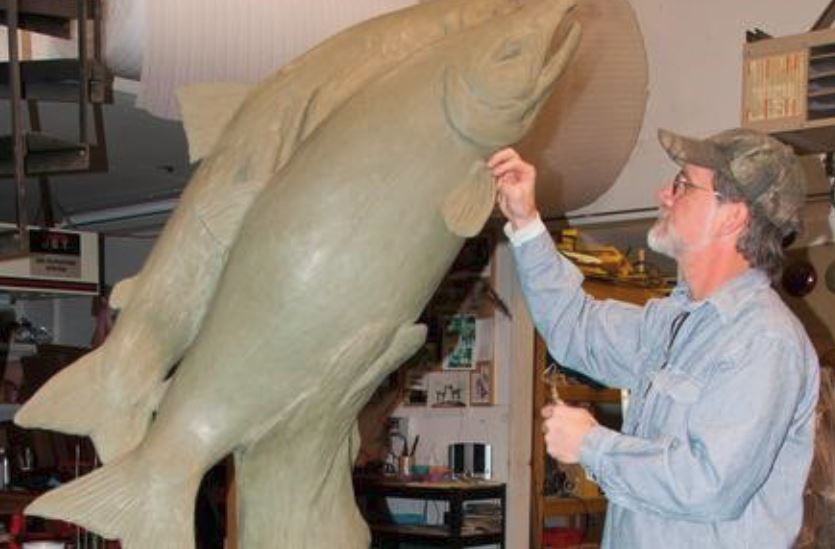 Tim Norman was born and raised in Wallowa County, Oregon, on a farm along the Lostine River. At an early age, he liked to draw, photograph and carve wildlife. He explored drawing, painting, sculpting and the potter’s wheel all through high school.

Norman worked in bronze production for the past 30 years, starting at an entry level position and working his way to production manager. He now owns his own business where he can use intimate knowledge of the process to produce original fine art castings. Tim applies his own patinas to each casting, giving a personal touch to each piece.

In 1979, Norman’s first commission was an oil painting of a portrait of Chief Joseph with a mountain backdrop. His 7’ kokanee sculpture, titled, ‘River Dance’, is part of the pubic sculpture in Joseph, Oregon. ‘Harvest’, his 3’ x 5.5’ wall relief of a 20 horse team pulling a five-manned combine is in the permanent collection of St. Anthony’s Hospital in Pendleton, OR. Tim’s father worked on such a piece of equipment in the large dry land wheat fields of eastern Oregon and Washington.

Tim and his wife divide their time between Orofino, Idaho, and Joseph, Oregon.

Represented By Galleries In:  Joseph, OR;  Prineville, OR