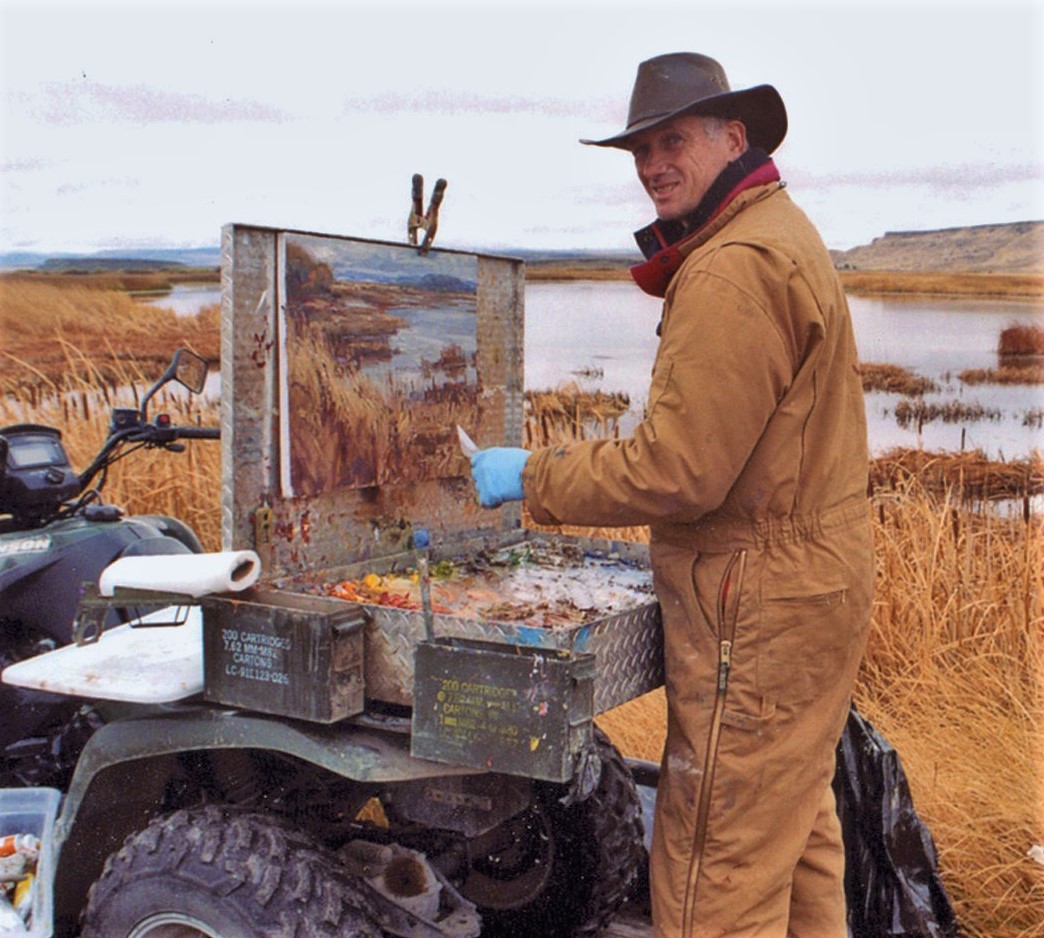 Tall and soft spoken, Robert Moore has a sincerity and courtesy reflective of his Idaho farm upbringing. Born in 1957 in Burley, Idaho, he roamed the Snake River area which imbedded an appreciation for nature deep inside him. At a young age Robert discovered art as a way to freely express his feelings. He earned a Bachelor of Science degree with teaching credentials in art from Eastern OR State College.

Possessing a strong belief in discipline and commitment, and shortly before a large, featured show of his works, Robert slipped on ice and broke his painting hand! Without hesitation, he picked up a brush with his untrained left hand and resumed finishing and signing paintings. Since then he has painted with both hands, sometimes at the same time when hurrying to capture quickly changing light.

Moore prefers painting on location to best express the immediate impression of his subjects. His use of vivid colors and frequent high-keyed values reveal a spiritually inspired joy. His larger works in the studio reflect the same qualities, painted from a large, life-like monitor. Robert strongly believes in encouraging young, new artists, which he employs as assistants who receive valuable tutoring over a period of time.

Moore’s fine art travels have taken him to China, Europe, Canada, and extensively throughout the United States. He has been profiled in numerous art magazines including: Western Art Collector, Southwest Art, Wildlife Art, Big Sky Journal and Art of the West. In 2012 Moore was selected to receive the governor’s Award for ‘Excellence in the Arts’ for the State of Idaho.