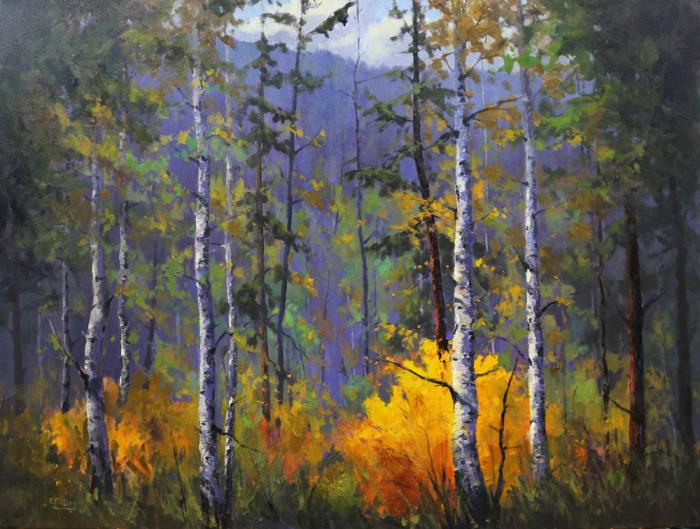 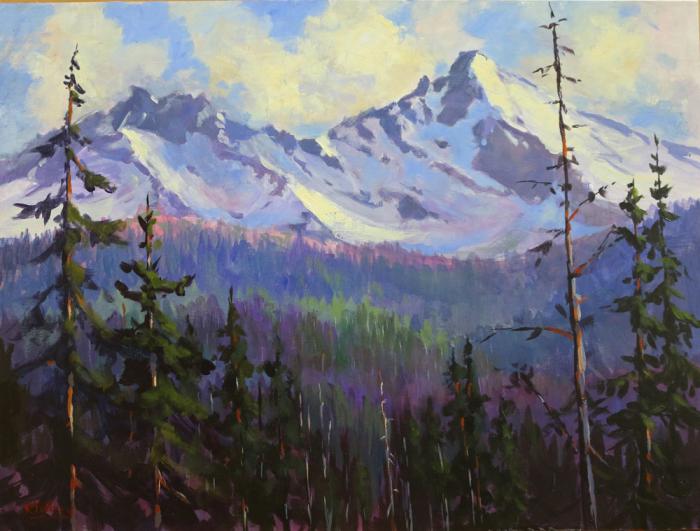 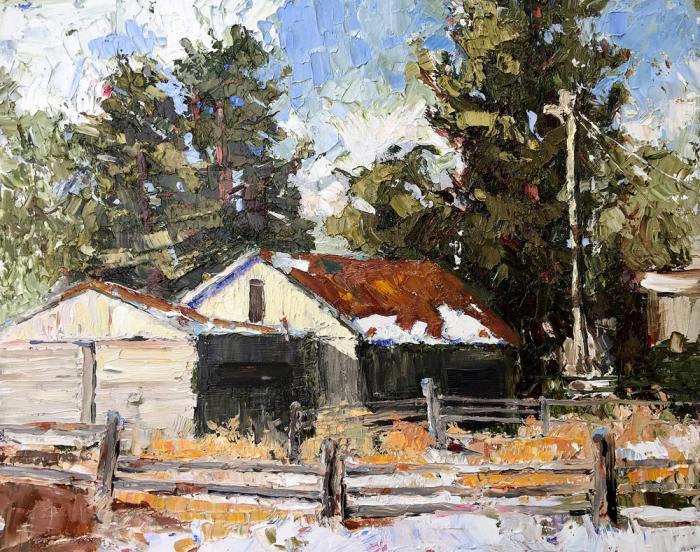 You are invited to attend the opening of our Second Saturday Opening Show for two Central Oregon artists, Randall Tillery and Shelly Wierzba.  The reception will be on Jan 11 from 1-4 pm.  The show will continue through February 5th.  Randall and Shelly will be painting so don't miss this opportunity to see their different techniques and to talk with them about their work.

The show will continue through February 5th.

Randall Tillery loves the natural environment and hopes to promote appreciation for it through his impressionistic realist works of nature.  His paintings are also represented by a gallery in Hawaii.  Randall moved to Central Oregon from California and is inspired by the beauty that Oregon and the Northwest has to offer.  He also enjoys heading over to Hawaii for completely different subjects to paint for his gallery there.  Changing between the two inspires and energizes him.  "Capturing the wonder of nature is a spiritual feeling for me."

Shelly Wierzba, also of Central Oregon, was from a creative family in the San Francisco Bay area.  Her mother was a widely known impressionist oil painter and her father was in the engineering field.  Shelly believes she developed her 'what if' outlook to life's challenges thanks to his curiosity and ingenuity.  Following a career in the medical vocation, Wierzba picked up a paintbrush and has not put it down since.

She was inspired mostly by the Russian Impressionists...Sergei Bongardt delivered paintings with heavy texture, bold colors and strong emotions.  "They leave an air of mystery that speaks to me."  Wierzba has been featured in several articles, and has received awards in numerous shows in the Northwest area.  She is a member of AIS, American Impressionist Society, where she exhibited in New York.